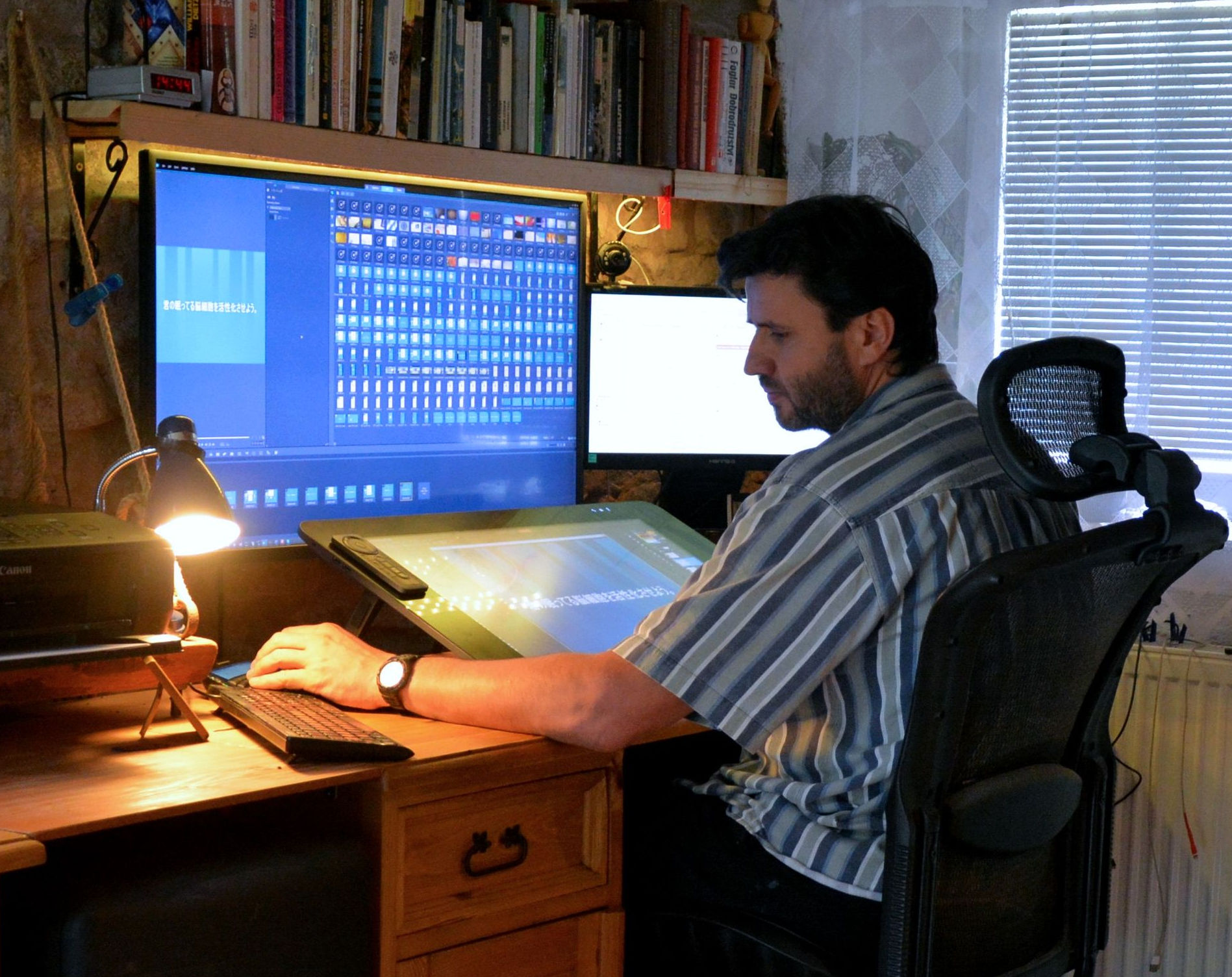 I’m a professional graphic artist specialising in computer games. Previously I worked for more than eight years as lead designer for Walt Disney’s game studio in Prague. During my time with Disney I had the distinction of working on several award winning titles.

In 2009 I began work as a freelance designer and producer completing projects for leading studios around the world. I had an opportunity to cooperate with Kiloo (Subway Surfer) on known titles as Lego games or Whac a mole game.

Currently I work for BBG Entertainment GmbH as leading artist and coo-producer.

I live near Havlickuv Brod in the Czech Republic with my wife and family.